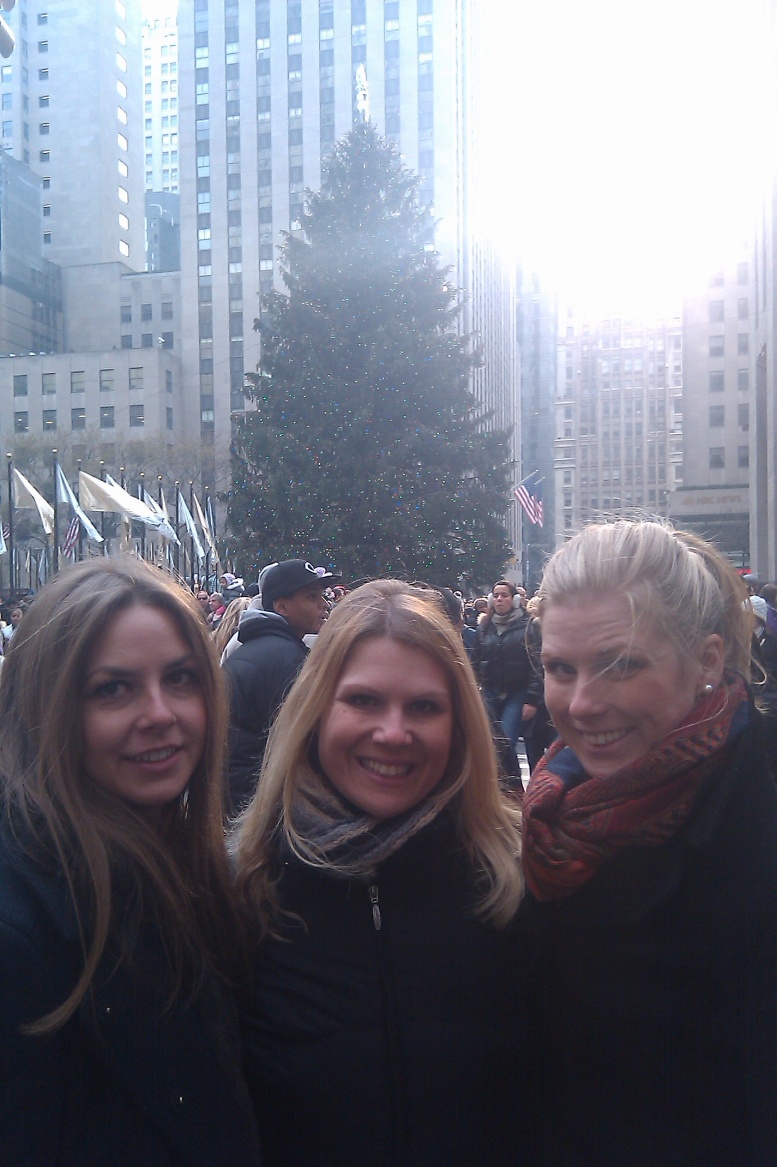 this past weekend, my sister carrie and her new FIANCE andrew trekked out to the big apple for a visit, and so we, naturally, did what anyone (and everyone) else coming to nyc in december would do: ventured out to ye olde tree at rockefeller center. after giving a token “ooh” to the tree, we got the hell out of there as fast as we could (which, given the 567 thousand tourists just standing still and not moving for some unknown reason, was not very fast at all) and hightailed it uptown to jg melons, where we, along with ariel and dave and miss kawen, partook in DELICIOUS burgers and oddly-small-so-we-each-had-34 beers. as anyone who knows me, well, knows, i love nothing more than a good cold beer after feeling like i’ve earned it. and so: happy sigh.

(pic courtesy of brian, who, along with andrew, had the supremely trying task of trying to keep a path clear of other people for the .5 seconds it took to take this picture. also: i have a sneaking suspicion that neither carrie nor alexis will be happy that this picture has been made semi-public. tee hee. haha.)

3 thoughts on “christmastime in the city”